(2) the prodigious land, sea and air forces of the united states, the british empire and of china, many times reinforced by their armies and air fleets from the west are poised to strike the final blows upon japan. this military power is sustained and inspired by the determination of all the allied nations to prosecute the war against japan until she ceases to resist.

(3) the result of the futile and senseless german resistance to the might of the aroused free peoples of the world stands forth in awful clarity as an example to the people of japan. the might that now converges on japan is immeasurably greater than that which, when applied to the resisting nazis, necessarily laid waste to the lands, the industry and the method of life of the whole german people. the full application of our military power, backed by our resolve, will mean the inevitable and complete destruction of the japanese armed forces and just as inevitably the utter devastation of the japanese homeland.

(4) the time has come for japan to decide whether she will continue to be controlled by those self-willed militaristic advisers whose unintelligent calculations have brought the empire of japan to the threshold of annihilation, or whether she will follow the path of reason.

(5) following are our terms. we will not deviate from them. there are no alternatives. we shall brook no delay.

(6) there must be eliminated for all time the authority and influence of those who have deceived and misled the people of japan into embarking on world conquest – for we insist that a new order of peace, security and justice will be impossible until irresponsible militarism is driven from the world.

(7) until such a new order is established and until there is convincing proof that japan’s war-making power is destroyed, points in japanese territory to be designated by the allies shall be occupied to secure the achievement of the basic objectives we are here setting forth.

(8) the terms of the cairo declaration shall be carried out and japanese sovereignty shall be limited to the islands of honshu, hokkaido, kyushu, shikoku and such minor islands as we determine.

(9) the japanese military forces, after being completely disarmed, shall be permitted to return to their homes with the opportunity to lead peaceful and productive lives.

(10) we do not intend that the japanese shall be enslaved as a race or destroyed as a nation, but stern justice shall be meted out to all war criminals, including those who have visited cruelties upon our prisoners. the japanese government shall remove all obstacles to the revival and strengthening of democratic tendencies among the japanese people. freedom of speech, of religion, and of thought, as well as respect for the fundamental human rights shall be established.

(12) the occupying forces of the allies shall be withdrawn from japan as soon as these objectives have been accomplished and there has been established in accordance with the freely expressed will of the japanese people a peacefully inclined and responsible government.

(13) we call upon the government of japan to proclaim now the unconditional surrender of all the japanese armed forces, and to provide proper and adequate assurances of their good faith in such action. the alternative for japan is prompt and utter destruction.

on july 26 a declaration was issued, signed by the president and prime minister churchill and with the concurrence of generalissimo chiang kai-shek of nationalist china, that in its result was as fateful, if not more so, than the instruction of general handy to general spaatz. if the recipient of the potsdam declaration, the government of japan, had responded with the surrender that the president and prime minister asked for, the instruction of the day before would not have been carried out.
unfortunately the declaration was not an explicit warning that the nited states possessed nuclear weapons and would use them. truman was unwilling to be explicit, for congress had tolerated an unknown project costing nearly $2 billion and might object to an explanation offered an enemy government without informing the legislative body that paid the bill.
perhaps because the warning was only a general statement, the japanese govrnment responded with something approaching contempt. the prime minister chose to ignore it, employing the ambiguous word mokusatsu, which means literally “to kill with silence,” although it carries a nuance of uncertainty. tokyo radio used the word, saying the government would mokusatsu the declaration and fight on. the english translation became “reject,” and the president took it as a rebuff. years later he remembered, “when we asked them to surrender at potsdam, they gave us a very snotty answer. that is what i got. . . . they told me to go to hell, words to that effect.”
in addition to being unaware that the united states possessed nuclear weapons, the japanese leaders also believed, foolishly, that they could negotiate with the americans, even though the japanese were thoroughly aware of the rapine and butchery associated with their nation’s troops as they fought across east asia. involved in those deeds was the emperor himself about whose complicity the west knew little at the time and continued to know little until after the death of hirohito, when officials of the imperial household revealed quite a diferent emperor than the world seen: the emperor supported his military commanders and often gave political advice.
as the war was coming to an end the americans, british, and soviets were publicly stating that they would arraign war criminals, but tokyo officials deluded themselves into believing it would be possible to bargain to save the people involved; they had in mind an arrangement that would put the matter delicately, in terms of preserving the imperial institution, so that japanese authorities rather than the allies would hold war-crimes trials. 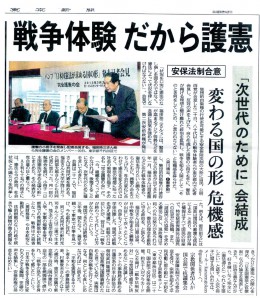